Sebastião Salgado describing workers at the Serra Pelada gold mine and the nature of gold fever. bitcoin-fever shares many similarities.

You get the impression they're slaves

But there wasn't a single slave

They were only slaves to the idea of getting rich

Everybody wanted to get rich

People from all walks of life were trying their luck

Because when you'd hit a vein of gold, everyone working that little section of a mine had the right to choose one sack.

And in that sack they had chosen -- and this is the slavery aspect -- there might be nothing or a kilo of gold!

At that very moment, one's freedom was at stake.

Men who come into contact with gold, can never leave it. [They are enslaved]

The pictures were taken at the Serra Pelada gold mine in Brazil in September 1986. 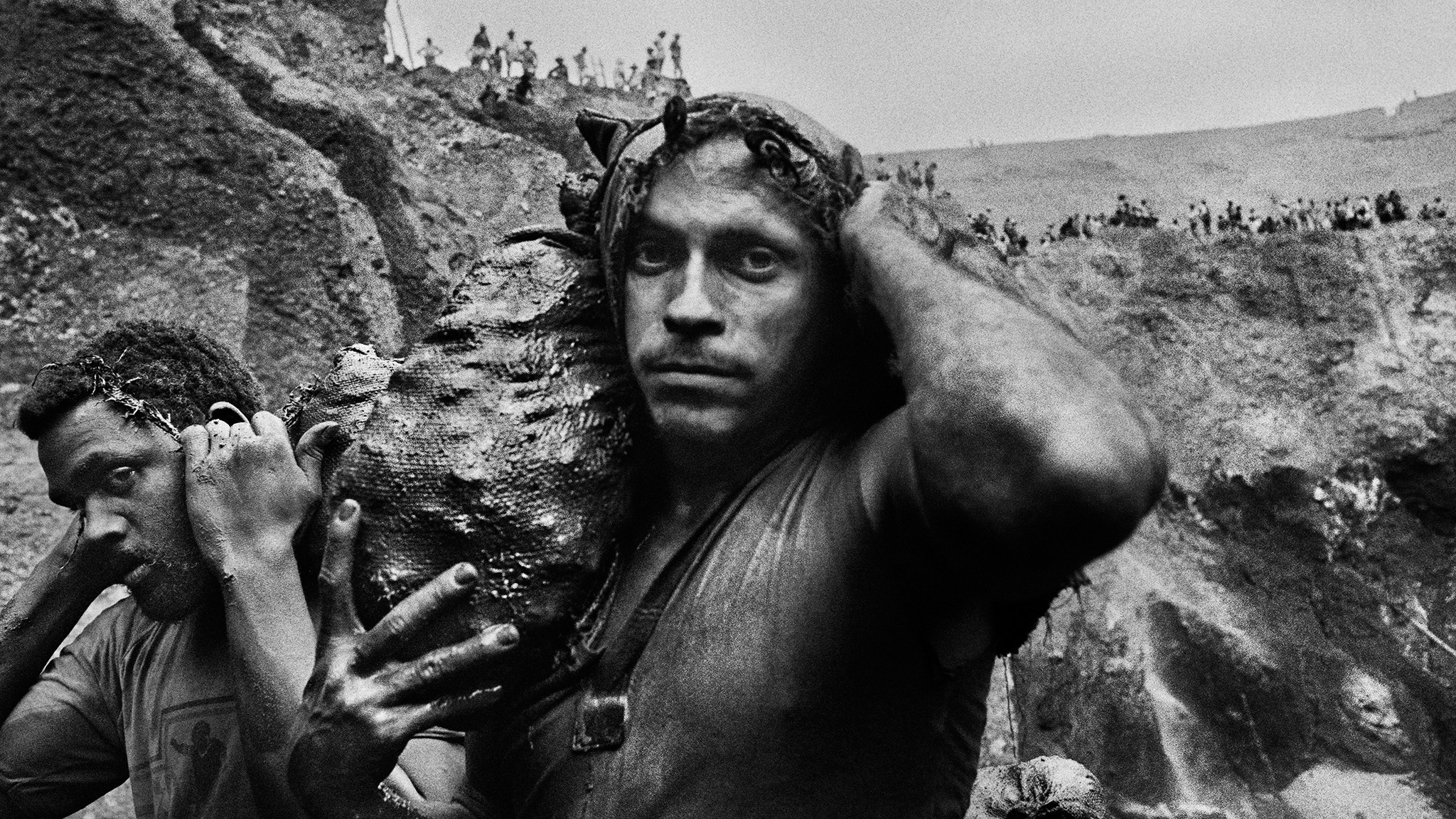 From the Taschen Catalog

“What is it about a dull yellow metal that drives men to abandon their homes, sell their belongings and cross a continent in order to risk life, limbs and sanity for a dream?” – Sebastião Salgado

When Sebastião Salgado was finally authorized to visit Serra Pelada in September 1986, having been blocked for six years by Brazil’s military authorities, he was ill-prepared to take in the extraordinary spectacle that awaited him on this remote hilltop on the edge of the Amazon rainforest. Before him opened a vast hole, some 200 meters wide and deep, teeming with tens of thousands of barely-clothed men. Half of them carried sacks weighing up to 40 kilograms up wooden ladders, the others leaping down muddy slopes back into the cavernous maw. Their bodies and faces were the color of ochre, stained by the iron ore in the earth they had excavated.

After gold was discovered in one of its streams in 1979, Serra Pelada evoked the long-promised El Dorado as the world’s largest open-air gold mine, employing some 50,000 diggers in appalling conditions. Today, Brazil’s wildest gold rush is merely the stuff of legend, kept alive by a few happy memories, many pained regrets—and Sebastião Salgado’s photographs.